Liane was born on a beautiful November day in 1966 in Sydney. A few hours after she was born, she smiled directly at her father through the nursery glass window, which is remarkable, seeing as most babies can’t even focus their eyes at that age.

Her first word was ‘glug’. This was faithfully recorded in the baby book kept by her mother. (As the eldest of six children, Liane was the only one to get a baby book so she likes to refer to it often.)

As a child, she loved to read, so much so that school friends would cruelly hide their books when she came to play. She still doesn’t know how to go to sleep at night without first reading a novel for a very long time in a very hot bath.

She can’t remember the first story she ever wrote, but she does remember her first publishing deal. Her father ‘commissioned’ her to write a novel for him and paid her an advance of $1.00. She wrote a three volume epic called, ‘The Mystery of Dead Man’s Island’

After leaving school, Liane began a career in advertising and marketing. She became quite corporate for a while and wore suits and worried a lot about the size of her office. She eventually left her position as marketing manager of a legal publishing company to run her own (not especially successful) business called The Little Ad Agency. After that she worked as (a more successful, thankfully) freelance advertising copywriter, writing everything from websites and TV commercials to the back of the Sultana Bran box.

She also wrote short stories and many first chapters of novels that didn’t go any further. The problem was that she didn’t actually believe that real people had novels published. Then one day she found out that they did, when her younger sister Jaclyn Moriarty called to say that her (brilliant, hilarious, award-winning) novel, Feeling Sorry for Celia was about to be published. 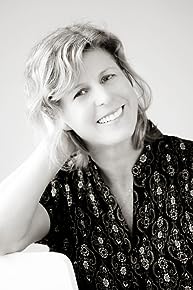 Liane Moriarty on The Last Anniversary