The Book of Speculation 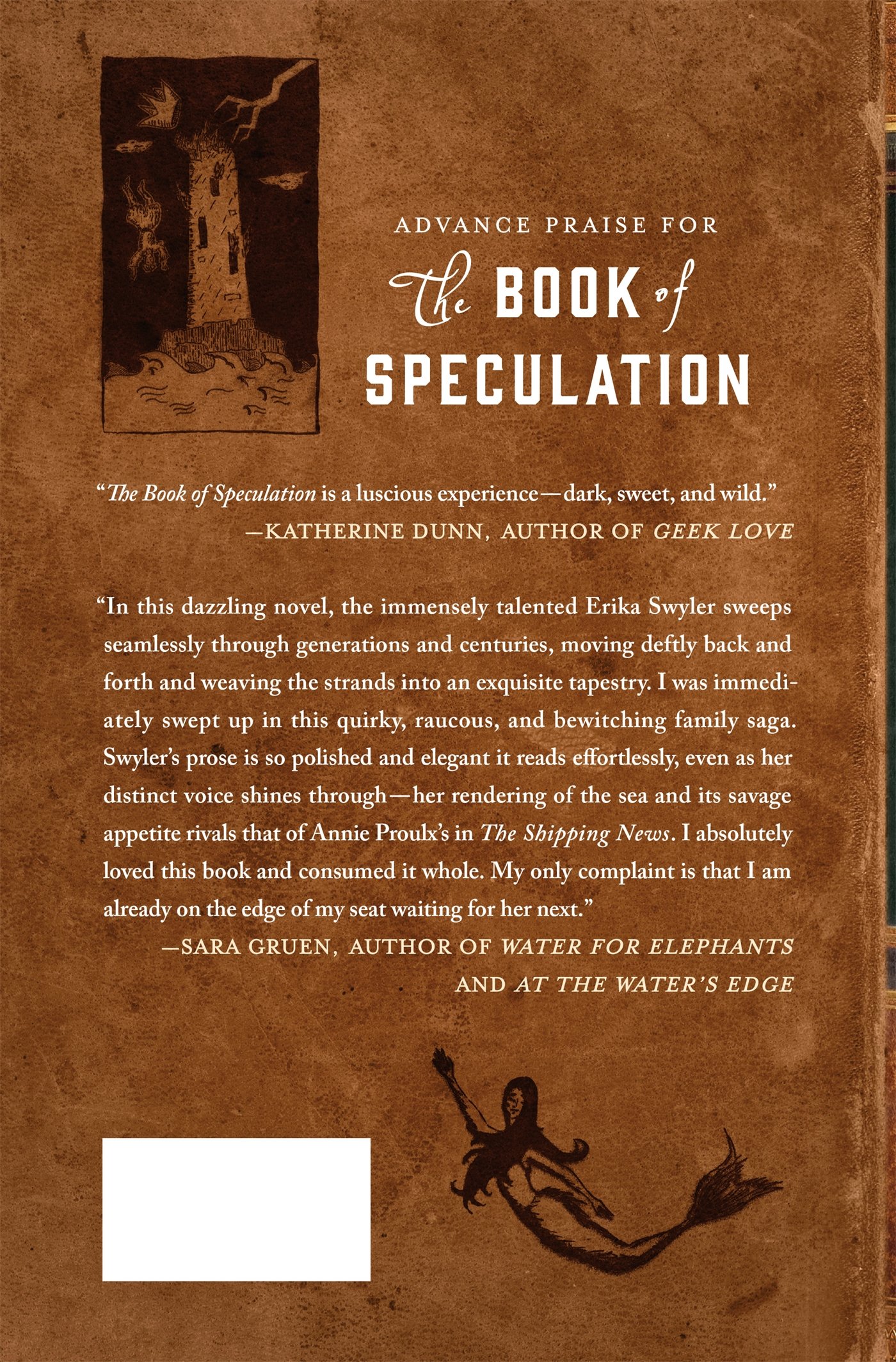 Erika Swyler, a graduate of New York University, is a writer and playwright whose work has appeared in literary journals and anthologies. Born and raised on Long Island's north shore, Erika learned to swim before she could walk, and happily spent all her money at traveling carnivals. She resides on Long Island, NY, with her husband and a petulant rabbit. THE BOOK OF SPECULATION is her first novel.