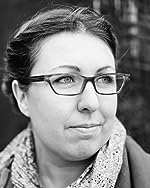 Ruth Ware grew up in Sussex, on the south coast of England. She has worked as a waitress, a bookseller, a teacher of English as a foreign language and a press officer. She now lives in North London with her family.

Her début thriller, In a Dark, Dark Wood, was a New York Times bestseller, and has been optioned for film by New Line Cinema.