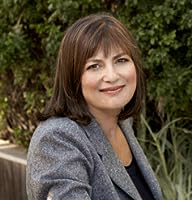 Alice Hoffman was born in New York City on March 16, 1952 and grew up on Long Island. After graduating from high school in 1969, she attended Adelphi University, from which she received a BA, and then received a Mirrellees Fellowship to the Stanford University Creative Writing Center, which she attended in 1973 and 74, receiving an MA in creative writing. She currently lives in Boston and New York.

Hoffman's first novel, Property Of, was written at the age of twenty-one, while she was studying at Stanford, and published shortly thereafter by Farrar Straus and Giroux. She credits her mentor, professor and writer Albert J. Guerard, and his wife, the writer Maclin Bocock Guerard, for helping her to publish her first short story in the magazine Fiction. Editor Ted Solotaroff then contacted her to ask if she had a novel, at which point she quickly began to write what was to become Property Of, a section of which was published in Mr. Solotaroff's magazine, American Review.

Since that remarkable beginning, Alice Hoffman has become one of our most distinguished novelists. She has published a total of eighteen novels, two books of short fiction, and eight books for children and young adults. Her novel, Here on Earth, an Oprah Book Club choice, was a modern reworking of some of the themes of Emily Bronte's masterpiece Wuthering Heights. Practical Magic was made into a Warner film starring Sandra Bullock and Nicole Kidman. Her novel, At Risk, which concerns a family dealing with AIDS, can be found on the reading lists of many universities, colleges and secondary schools. Her advance from Local Girls, a collection of inter-related fictions about love and loss on Long Island, was donated to help create the Hoffman (Women's Cancer) Center at Mt. Auburn Hospital in Cambridge, MA. Blackbird House is a book of stories centering around an old farm on Cape Cod. Hoffman's recent books include Aquamarine and Indigo, novels for pre-teens, and The New York Times bestsellers The River King, Blue Diary, The Probable Future, and The Ice Queen. Green Angel, a post-apocalyptic fairy tale about loss and love, was published by Scholastic and The Foretelling, a book about an Amazon girl in the Bronze Age, was published by Little Brown. In 2007 Little Brown published the teen novel Incantation, a story about hidden Jews during the Spanish Inquisition, which Publishers Weekly has chosen as one of the best books of the year. In January 2007, Skylight Confessions, a novel about one family's secret history, was released on the 30th anniversary of the publication of Her first novel. Her most recent novel is The Story Sisters (2009), published by Shaye Areheart Books.
Hoffman's work has been published in more than twenty translations and more than one hundred foreign editions. Her novels have received mention as notable books of the year by The New York Times, Entertainment Weekly, The Los Angeles Times, Library Journal, and People Magazine. She has also worked as a screenwriter and is the author of the original screenplay "Independence Day" a film starring Kathleen Quinlan and Diane Wiest. Her short fiction and non-fiction have appeared in The New York Times, The Boston Globe Magazine, Kenyon Review, Redbook, Architectural Digest, Gourmet, Self, and other magazines. Her teen novel Aquamarine was recently made into a film starring Emma Roberts.