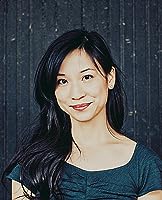 Lydia Kang is an author and internal medicine physician. She is a graduate of Columbia University and New York University School of Medicine, and completed her training at Bellevue Hospital in New York City. She lives with her family in the midwest. Follow her on Twitter @LydiaYKang and Instagram @LydiaKang.