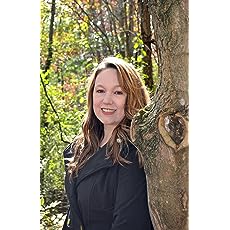 Julie Anne Lindsey is an obsessive reader whose bookish heart was once torn between the love of her two favorite genres: toe-curling romance and chew-her-nails suspense. Now, she gets to write both and she's loving every minute. Julie is the author of more than twenty-five novels, written both as herself and under several pen names. She currently writes series for Harlequin Intrigue, Kensington, Sourcebooks and Crooked Lane Books. When she's not creating new worlds and fostering the epic love of fictional characters, Julie can be found carpooling her three kids around Northeastern Ohio and plotting with her shamelessly enabling friends. Julie is represented by Jill Marsal at the Marsal Lyon Literary Agency. She is a member of the International Thriller Writers, Romance Writers of America and Sisters in Crime. Julie also writes cozy mysteries under multiple pen names for Kensington, Sourcebooks and Crooked Lane Books. Learn more about Julie and her books at julieannelindsey.com
https://www.amazon.com/Julie-Anne-Lindsey/e/B005H86VV2/ref=dp_byline_cont_book_1